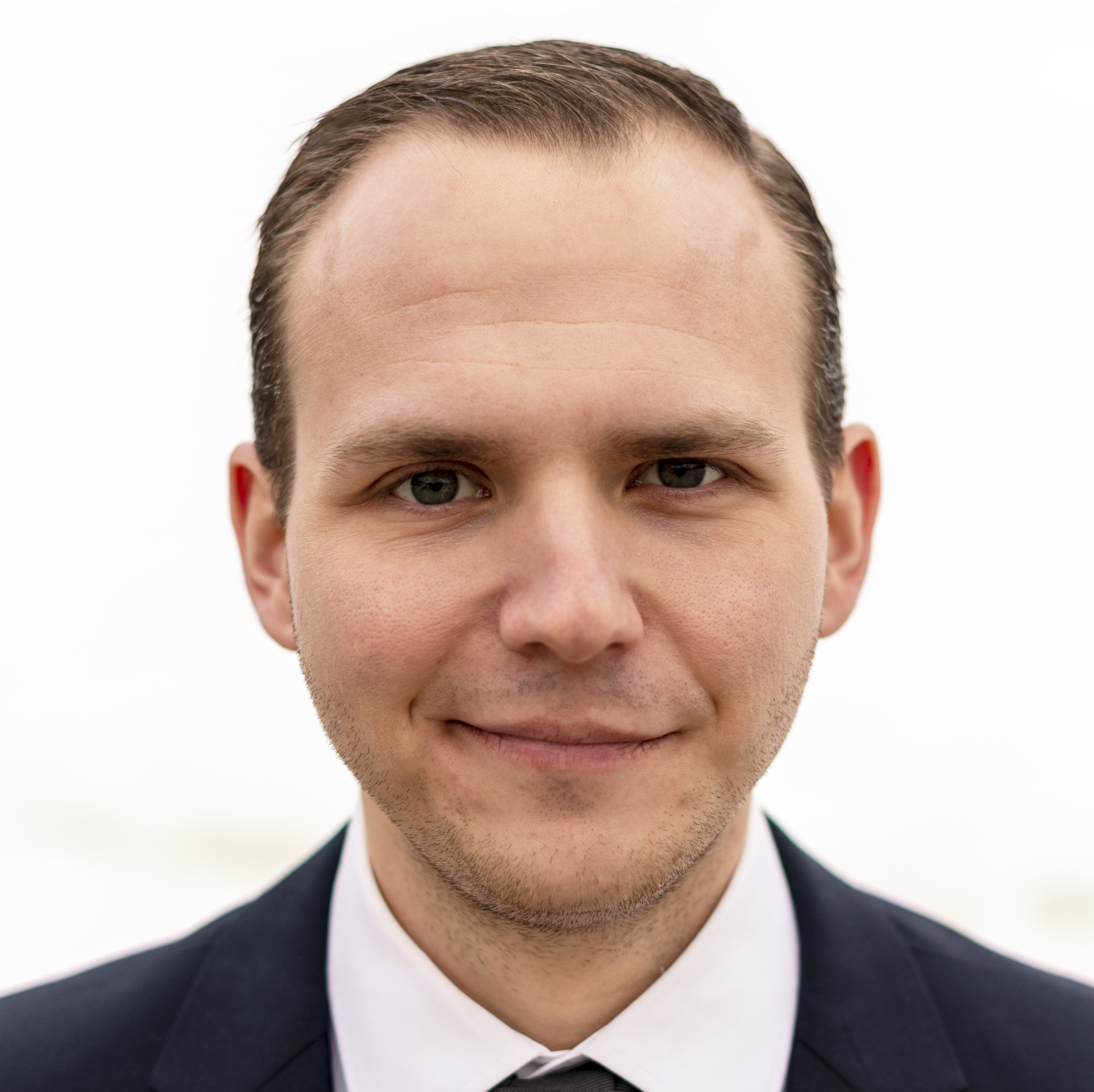 Welcome to Ultrasound 101. In this 12-part series, we will talk about the basic principles of medical ultrasound, the equipment you will use, the settings on your machine, and of course, how to use sonography in your patients. Each part will focus on a specific topic and allow you to experiment with the scanner, adjust the settings on your machine, and get the best out of your ultrasound examination.

Now that you have experimented with the ultrasound machine and know how to adjust the settings correctly, I would like to take the time and talk about the background of how the ultrasound image is developed, discuss some basic physics behind it and target the "why" behind the image. So after reading this part, you will have a better understanding of why certain structures appear dark and others appear bright, why you can image certain areas and organs very well, and why you can't use ultrasound for other parts of the body, and how you can use some of this technology's limitations to your advantage. So let's get started!

How is the ultrasound image calculated?

You probably know that your ultrasound machine creates the image on its screen by emitting and receiving sound waves through the transducer you are holding in your hand. Inside the transducer, there are thousands of Piezo-electric crystals, which can send out waves and receive echos. These crystals have the special ability to convert physical energy into electrical energy, allowing either to send out sound waves when they are put under current or to transform sound waves into electrical signals. This is the first step for an echo out of the patient's body to become a dot, or pixel, on your machine's screen.

When using sonography, your transducer sends out thousands of sound waves per second and receives their echoes simultaneously. Each echo is interpreted by the machine's processor and displayed as a dot on the screen. The longer the echo takes to come back to the transducer, the further down on the screen it is displayed. The stronger the echo is (or the more echoes come back from the same spot), the brighter it is on the screen. Some sound waves get reflected by the first obstacle they hit and come back to the transducer as echoes, and some pass through and get reflected later, as illustrated in this image.

Reflection of the sound wave always takes place where there is an interface between two surfaces, for example, between blood and the vessel wall. Based on the run time of each echo and its intensity, your ultrasound scanner calculates the sonographic image and displays it on the screen, like this fish here swimming in the water.

This mode of imaging is called B-Mode, or brightness mode, often also referred to as 2D imaging. It is the main imaging modality used and the one you will probably start with. As the name suggests, the main information in B-Mode is brightness. Other imaging modalities include M-Mode, and several Doppler-Modes like color Doppler, tissue Doppler, continuous-wave, and pulsed-wave Doppler, just to name a few. There are also very specialized and complicated methods like 3D imaging and speckle tracking. We will stick to B-Mode for now and discuss some of the other modalities another time.

For the sake of this article, let's compare your transducer to a flashlight you hold in your hand in a room without any other light source. Imagine standing in a completely dark attic, dust lying in the air. The flashlight emits a targeted light beam that travels away from it, and anything this light beam hits, you can see because light gets reflected by it. This reflected light would be what we call an echo in ultrasound. In this case, your eyes receive the "echos", and your brain makes an image out of them.

Every wave loses energy the further it travels, making objects close to the flashlight brighter and better visible than those a few meters away. Depending on the light source's power, there is a point where the light beam doesn't reach – you can only see darkness there. We call this effect attenuation: sound waves get weaker as they travel more distance and through different tissues.

Ultrasound beams show the same properties: the image in the far field (i.e., the area furthest from the transducer) is usually a little less clear and less detailed than the near field (depending on the transducer, as discussed in part 1). Image quality in the near field, on the other hand, tends to be much clearer, and you can see very well there. This is due to more or fewer echos being detected in different areas of the ultrasound beam (and other properties, such as line density and stuff). You can increase the energy with which the sound waves travel to get more information out of the far field, but this leads to more interference and more artifacts, especially in the near field. To compare it to the flashlight again, you might turn up the light's energy, but this leads to close objects becoming blindingly bright and to illuminating all the dust particles in the air of our attic. Time-gain-compensation, which we discussed in part 5, is a feature of your ultrasound scanner to counter this exact phenomenon - it allows you to increase and decrease the amplification of the echos in different parts of the image.

Of course, depth and gain settings play an important part in B-Mode imaging, and you can read up on these articles if you're unfamiliar with them. Increasing depth will send sound waves deeper into the tissue, leading to more echos coming back to the transducer, leading to more echos to be analyzed and turned into dots on your screen – more work for your scanner. Increasing gain will show overall more and brighter echoes, and you might see a lot of echoes that turn out to be artifacts and could get confused by them. Also, contrast decreases.

Even though most sound waves travel straight through these layers and structures, some get reflected by them, which creates thousands of echoes. You can imagine this like shining your flashlight through a window: you can see through the window, but you can also see a faint reflection of yourself (and the light source itself) in the glass.

These echos can be seen on your screen as dots; the more echos there are from one spot, the brighter it is displayed on your screen. This is called echogenicity – your scanner translates the echoes it receives on the transducer into pixels on the screen.

Take a look at this image of the right upper abdomen, where we can clearly see the liver and right kidney. Notice the different shades of gray, i.e., the different echogenicities the various tissues display, and appreciate all the layers the ultrasound waves travel through, and the scanner thus is able to show us.

If the ultrasound wave is reflected (or also absorbed) completely, you will not be able to see behind (or deep to) the structures reflecting the sound waves, but you can usually see the reflecting surface quite clearly. Turning back to our attic, this would be the equivalent of the flashlight's beam hitting a table: you can see the table's surface in the light, but you can't see through it. Take another look at the image of the abdomen above - you'll notice that there is a dark structure at the very bottom, running from left to right. This is the spine, where ultrasound waves get absorbed by the bone, leading to no displayable echos on the screen. We will talk about this and other artifacts in the next part.

So, echogenicity describes how many echos are created by a structure and how strong these echos are. To be very exact, a strong echo originates from an interface between two tissues that are very different in their impedance or stiffness. Soft structures like the skin, muscles, or soft organs such as the liver, have medium to low echogenicity, as they are of rather homogenous stiffness. Sound waves can simply travel through here, and only some are reflected. Fluids, like blood or urine, have no or almost no echogenicity, meaning there is no reflection in them. Hard objects like bones or (most) gallstones have a very high echogenicity, as they reflect 100% of the sound waves that hit their surface. Therefore these objects are displayed very brightly on your screen. Fascias and other septal-like connective tissues have a relatively high echogenicity, allowing us to distinguish organ borders quite nicely.

What is ultrasound good for?

Now that you know a little more about how the ultrasound image is generated and who its enemies are, we can easily deduce what ultrasound imaging is good for and what it isn't: it's great for everything soft, where there are no barriers like bones or air between the skin and the structure in question. It's also great for real-time information like the movement of blood flow since information is shown as a moving image on the screen. It is not good for very hard structures such as bones, although some artifacts can be helpful for your diagnosis (like gallstones, for example). Ultrasound is also used more and more in orthopedics for the superficial parts of joints, tendons, ligaments, and even bones, but you won't be able to see a complete cross-section like you would in an X-ray or CT image. Since ultrasound is not ionizing radiation, it is also a very safe method of imaging.

This concludes today's part, which was a rather technical one. Today you learned how the image on your screen gets calculated out of echos your transducer receives and why some things are dark and others are bright. Now it is again time for you to try things out for yourself - play around with your transducer, and pay more attention to the physical background and why certain things are displayed the way they are. Truly understanding this imaging modality will make you an expert in sonography and allow you to get outstanding results. Next time, we will talk about some common artifacts you will encounter and why not all artifacts are bad. Until then, enjoy imaging!