Ever since the newest ASE/EACVI guidelines on diastolic function were published in 2016 we had the urge to again tackle the topic of Cardiac Filling. Our new Cardiac Filling Masterclass will help healthcare professionals master the topic in a simple and intuitive way.

Pre-register now for our new course Cardiac Filling MasterClass and get free contents in advance.

Numerous factors may contribute to diastolic dysfunction. These include abnormal relaxation, decreased myocardial compliance, and so called “extrinsic factors”.

Relaxation is an active energy-consuming process. It requires normal function of the ventricle. Thus, relaxation is usually disturbed in any condition accompanied by impaired systolic function. You will observe abnormalities of diastolic function in myocardial ischemia and all types of cardiomyopathies.

Three conditions may reduce the compliance of the ventricle:

Conditions in which the myocardium itself is not the reason for a filling abnormality are known as “extrinsic factors”. These include:

Diastolic dysfunction is frequently seen as a combination of different factors. The extent of filling impairment caused by the various phenomena is highly variable, depending on the severity of the abnormality, heart rate, and volume status (preload). The impairment of filling eventually leads to a rise in filling pressure: 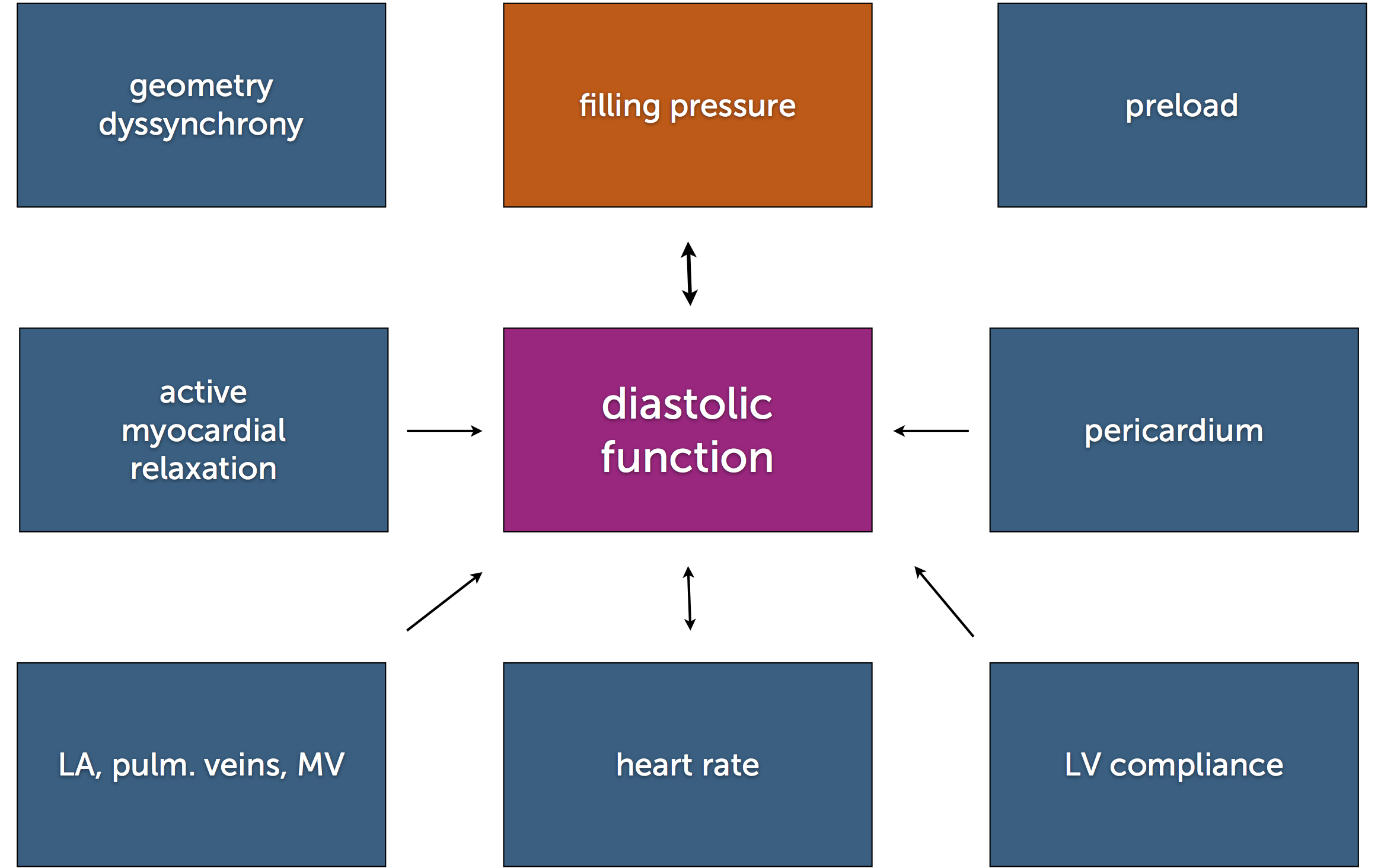 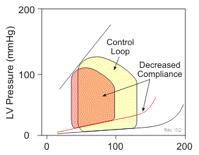 End-diastolic volume plays an important role in diastolic dysfunction because a slight increase in volume will result in a large rise in filling pressure.

Pressure volume curves cannot be derived with echocardiography. We generally measure filling pressure (see below), which is the common denominator of diastolic dysfunction. Thus, echocardiography does not demonstrate the exact cause of diastolic dysfunction and the contribution of various factors to this condition. Specifically, it is difficult to determine how much an increase in volume contributes to the increase in filling pressure.

The presence of diastolic dysfunction must be interpreted differently, depending on the underlying condition (i.e. restrictive vs. dilated cardiomyopathy)

‹ 4.2 Physiology of diastole up 4.4 How to assess diastolic function ›