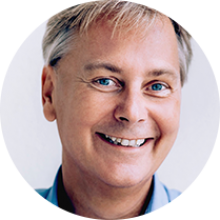 15.1 What is carotid endarterectomy (CEA)

Carotid endaretectomy is a surgical procedure where the carotid artery is opened and the plaque is removed. The procedure allows restoration of blood flow and removal of embolic material to reduce the risk of ischemic / embolic stroke and TIA. There are two main techniques: the classical/conventional method where a patch is used to enlarge the vessel and the eversion method, where the carotid artery is transected at the bifurcation and then everted to remove the plaque. The artery is then repaired by performing an “end-to-end” anastomosis. The procedure is conducted either under local or general anesthesia.

15.2 What are potential complications of carotid endarterectomy

15.3 What is carotid artery stenting?

Carotid stenting is a percutaneous procedure where a stent is placed into the area of stenosis to expand the lumen and prevent vessel recoil. The procedure is performed under fluoroscopic guidance and an embolic protection device. Carotid artery stenting is an alternative to endarterectomy.

15.4 What are potential complications of carotid artery Stenting?

15.5 When is carotid endarterectomy indicated?

The indication for surgery is always a trade off between the benefit of the procedure and risk. Numerous large randomized studies such as the North American Symptomatic Carotid Endarterectomy Trial Collaborators (NASCET) and the European Carotid Surgery Trial (ECST) have clearly shown the carotid endarterectomy is beneficial in specific patient groups. The following table lists the current indications for this procedure.

15.6 Which factors should be considered for carotid endarterectomy and stenting?

There are many other factors which must be considered when deciding if a percutaneous or surgical intervention should be performed.