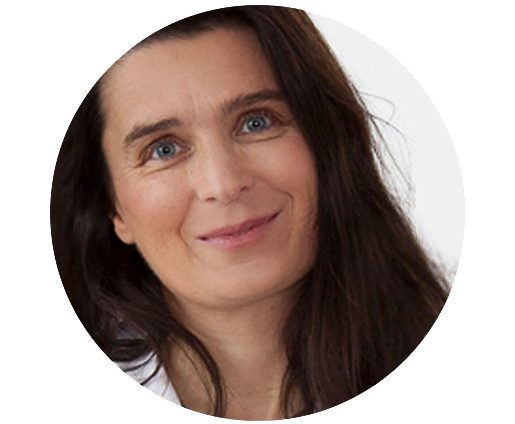 One day, directly after our morning meeting, Steffi, one of my fellows, came up to me and asked me for a private word. She is a mother of a 5-year old boy and one of the pillars of our team - always positive, never complaining and hard working. She puts all her efforts in directing her ward – feeling responsible for everything.

A different form of pain

She told me that early this morning she awoke with pain in her lower abdomen that was still here. Otherwise everything was fine, but she would feel more secure if I could perform an ultrasound to confirm everything is okay

„You know“, she said, „ somehow it feels strange and different“.

I took Steffi with me to the ultrasound unit. On the way I asked her, if she could be pregnant and whether she still had her appendix. She denied the first, but confirmed the second. She had had no abdominal operations so far.

We took a blood sample and performed a clinical examination: palpation in the right lower quadrant was painful but she showed no rebound pain. Then I performed an ultrasound examination of her complete abdomen.

This is important since you don’t want to miss a differential diagnoses or accompanying diseases – in Austria we say: „ One can have lice and fleas“.

On first sight her abdominal scan was completely normal, so I concentrated on her right lower quadrant. Since she is very slim I changed to the linear probe, to get a higher resolution. Everything was normal except one subtle finding.

I continued my scan and concentrated on the region of the appendix: following the ascending colon caudally until I could depict the ileocecal valve. As always I used the landmarks (iliac vessels, psoas muscle, cecum and terminal ileum) to find Steffi’s appendix.

When I measured the appendix its diameter did not exceed 6mm - the cutoff value for appendicitis. But still, there was pain and this area of free fluid- only in her right lower abdomen, near the cecal pole, which made me suspicious that something was wrong with the appendix.

Circling in on the problem

One of the most helpful moves that you can use in detecting the cause for localized abdominal pain is to ask the patient to guide you and the ultrasound probe to the spot of greatest pain. And this is what I asked Steffi to do. She guided me a little more lateral and cranial, so I came more to the base of the appendix. What do you think I found there?

When I measured the appendix at its base I measured a diameter of nearly 9mm! Clearly a sign for early appendicitis

Meanwhile the lab test was ready: CRP was negative, leukocytes only mildly elevated (10.6) and ß- HCG was negative.

„Steffi, I think this is early appendicitis and you should talk to a surgeon at once. Of course you could try antibiotics, but the rate of relapse is often underestimated“

„Ok, thank you, I will just finish my work at the ward and then see one of the surgeons.“

Steffi is a real „working bee“, only content when every problem on the ward is solved before she leaves. I advised her to really keep it short and delegate work to the other colleagues.

It was the same with Steffi: 4 hours later – after finishing the round herself – she went to see the surgeon, now in constant pain. Since surgeons do not always believe, what internists say, he performed another ultrasound scan of her right lower abdomen. See here what Steffis appendix looked like now:

So now it was time to get her to the OR – no discussion anymore. The surgeons performed laparoscopic surgery and found a phlegmonous appendicitis, but still without signs of perforation.

Here are my conclusions:

Do you want to learn more on this potentially life saving ultrasound modality? Together with Christian we will teach you the nuts and bolts in our „Appendicitis course“! Hope to see you there.