Dragon (in the Heart)

Once upon a time...
María is a writer of children's books. She specializes in fantasy novels. One day she presented at the hospital with persistent fever. She had had fever several times during the preceding year. The fever was related to infected renal cysts and responded well to antibiotics. María was upset about the fact that she would be unable to complete her new book on time. When she arrived at our department María had fever without a specific source of infection. Her blood test revealed leukocytosis and neutrophilia. Blood cultures were also obtained. As María had had renal infections in the past, we performed a contrast-enhanced CT scan of the abdomen. However, the investigation failed to reveal any source of infection. At this point it is important to know that she had polycystic kidney disease, end-stage renal failure, and was undergoing hemodialysis. Another important fact was that, after two failed arteriovenous shunts, she had an indwelling catheter in her right internal jugular vein. The catheter had been inserted two years ago.

The day after her admission to the hospital María experienced two episodes of transient loss of vision in the right eye. A nuclear magnetic resonance investigation and a carotid Doppler ultrasound of the brain revealed normal conditions. As in a novel the plot seemed complicated but was, in actual fact, quite simple.

Cardiologist to the rescue
We were asked to evaluate the patient because a cardiac source of embolism was suspected. The transthoracic echocardiography showed a right atrial mass at the end of the hemodialysis catheter. A transesophageal echocardiography confirmed the presence of an intracavitary dragon-like mass in the right atrium, extending from the superior vena cava. It was probably a giant thrombus.

Structure resembling a dragon in the SVC + right atrium.

Is this the tail of the dragon?

We found a patent foramen ovale, which explained the patient's episodes of amaurosis fugax. The 3-D study provided no additional information but was still impressive.

Now it's quite easy to spot the problem: there is a large mobile mass in the right atrium. A dragon? Well, it looked as if a fantastic creature from one of María's books had come alive. A conservative approach was initially adopted: heparin and combined antibiotic therapy (vancomycin and gentamicin) were administered, and the catheter was withdrawn. Blood cultures remained negative. A contrast-enhanced CT scan confirmed the previous diagnosis of a giant thrombus in the right atrium, extending from the superior vena cava.

CT scan showing the mass in the right atrium.

Dragon defeated!
After one week, as the dragon did not want to leave the patient's heart we decided to perform open-heart surgery with extracorporeal circulation, in which the pedunculated right atrial mass was removed and the patent foramen ovale closed. The dragon-like mass measured 68 x 22 x 15 mm in size. The final diagnosis in regard of pathology was a fibrin thrombus with calcifications.

The postoperative course was uneventful. During the 2-year follow-up period María remained asymptomatic. Her periodic echocardiograms revealed no further fantastic forms or creatures. Finally her fantasy story had a happy ending.

Take-home messages
Giant right atrial thrombus is a rare complication after the placement of a hemodialysis catheter. It has been reported in some patients undergoing hemodialysis for short periods and is usually associated with infection. The mechanism of thrombus formation is related to friction of the catheter on the atrial endocardium. Therefore, the tip of the catheter should not be positioned in the right atrium during the implantation. Echocardiography is the most important method for the identification and evaluation of intracardiac masses or thrombi. Transesophageal echocardiography has become a standard in the imaging of venous catheters in the right atrium or the superior vena cava. It provides extensive information about intracardiac masses, such as their size, consistency, mobility, or location. Surgical resection, catheter embolectomy, and thrombolysis are the principal options for the management of this condition.

And the winner is: 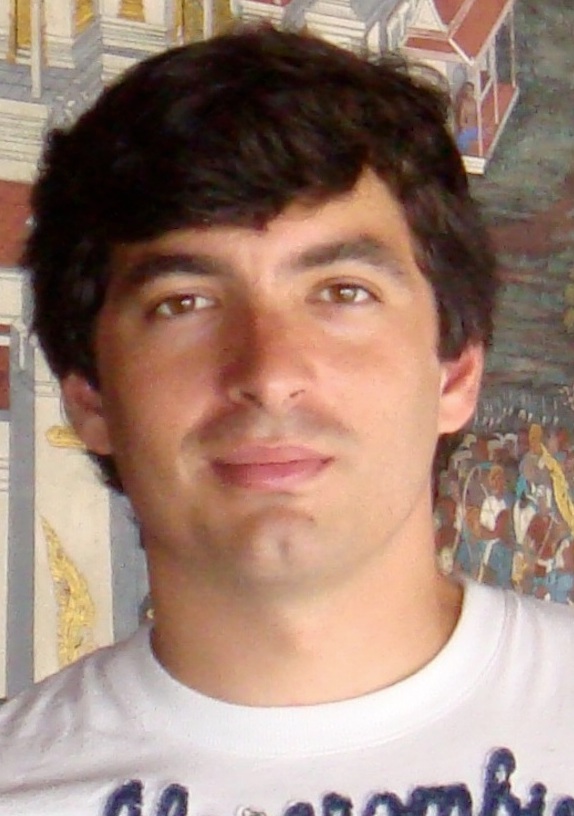 123sonography congratulates José Carlos, the winner of our case competition 2013. This spectacular and wonderfully presented teaching case truly shows his talents as a cardiologist and teacher. José Carlos worked in emergency medicine for three years before he started his residency at the University Hospital Carlos Haya, in the wonderful city of Málaga. He is also involved in the Club 35, an initiative of the European Association for Cardiovascular Imaging (EACVI) to promote young cardiologists. You can contact the EACVI Club 35 in this Linkedin group “Young network of cardiovascular imaging”.