Celebrity Case Reports Part 1: Elisabeth Taylor – And the Oscar goes to her physicians

Celebrity Case Reports Part 1: Elisabeth Taylor – And the Oscar goes to her physicians 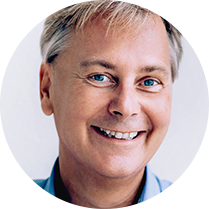 The life of famous people might differ from ours. They are in the spotlight of the public, maybe rich and often admired. But celebrities have one thing in common with ordinary people: They have the same illnesses. But do celebrities also receive the same treatment? Does their celebrity status also change the course of their diseases?

In the following teaching series I picked some “celebrity case reports”, which not only highlight the suffering of the rich and famous, but also how they dealt with their condition and how they were often treated differently to “commoners”.

Let us start with two-time Oscar price winner Elisabeth Taylor, who passed away in 2011 at the age of 79. Liz Taylor definitely led an exceptional life filled with glamour and drama: Eight marriages, 4 children, numerous love affairs, movie success and flops.

But Liz Taylor also had more than 70 different medical conditions, accidents and injuries these included:

The diagnosis of heart failure

During the last years of her life Liz Taylor had constant pain as a result of compression fractures and eventually had to undergo back surgery.

In 2004 at the age of 72 she was diagnosed with heart failure. Not an uncommon condition at her age.

But there are some clues that point to the full story. In 2009 Liz Taylor underwent a MitralClip procedure. This procedure is performed to treat mitral regurgitation.

Mitral regurgitation is often a sequel of dilated cardiomyopathy, This scenario is far more likely than a primary mitral valve problem that led to heart failure. Especially since Elisabeth Tailor was “surrounded” by medical experts, who would have detected the problem early enough to surgically treat mitral regurgitation before heart failure occurred.

Interestingly, Liz Taylor received a MitraClip before it was officially approved in the US (2013). At that time most of the procedures were performed in Europe, which received the CE mark in 2008. We can only speculate where the procedure was performed and who the “interventionalists” were. Most likely Liz Taylor participated in a clinical trail permitting her early access to the Procedure.

But one thing is clear Liz Taylor was one of the first and most famous MitraClip patient.

The death of Liz Taylor

In February 2011 Elisabeth Tailor was admitted to the Cedars-Sinai Medical Center in Los Angeles, where she died six weeks later with heart failure. Seven years after the diagnosis of heart failure was established. A far longer survival than reported in the literature.

Certainly, Liz Taylor was a tough woman, which allowed her to defeat so many medical illnesses.

In her last year she was so frail that her family and friends decided to celebrate her birthday one month prior to her actual birthday. As her guests toasted her, she remarked

But a major factor for her long survival was the high level of care and access to the latest available therapies.

But it is not always an advantage to be a celebrity. In our next newsletter we will hear about Joseph Stalin and learn how the character of the dictator influenced his own fate.